The wealth of King Matthias

One may ask how was King Matthias able to finance his standing army and the rest of his soldiers whose numbers altogether could reach 164,000 men at times? Without crippling the economy? Moreover, during his 32-year-reign the number of newly built splendid late-Gothic churches and buildings has been multiplied. The country was visibly rich and admired by the foreign diplomats; the wars (mostly) raged outside of the borders and the peace and safety helped the economy tremendously. Let us not forget that Hunyadi János, father of King Matthias had become one of the wealthiest oligarchs of the kingdom so his son could rely on his lands, too.

It was just one thing why the king had a strong part in creating this stability and wealth of the kingdom. Now, we are going to take a look at the various aspects of the Hungarian economy.

After the death of Matthias, Hungary became even richer because the succeeding kings didn’t have to maintain such a big army. Sadly, we will learn the consequences of this mistake. As the country got richer, the king grew poorer and we will understand in subsequent posts how come that 30 years after the death of Matthias, the young King Louis II had to ask for loans to feed his own kitchen.

Why was King Matthias able to finance his wars against the Ottomans so successfully and why the Habsburg kings could not do the same one hundred years later?
We will talk about taxes, copper and salt, silver and gold.

Salt – the „white gold” of Hungary

Did you know that the Kingdom of Hungary provided Europe with 75% of mined salt before the Battle of Mohács in 1526?

Here is the entire article about it:

The source of gold and silver: the Mining Towns

The kingdom relied on the production of the richest mines of Europe which were located in the Carpathian Basin and poured the silver, copper, and gold. King Matthias took good use of them, these towns were developing quickly because of their miners and gold- and silver production; the minting and all the work of issuing coins was down there. The king received fixed sums annually from there. It was quite easy for a peasant to go to live there as the taxes were not smaller there, either. The towns were directly under the control of Matthias` Treasurer.

Although there were rich mines in Transylvania as well, the Mining Towns’ District of Upper Hungary (now it is in Slovakia) was the critical area which was later the primary target of Ottoman raids. It is no wonder because those mines provided so much riches that later, from the Fuggers to the Habsburgs everybody needed them. Some people say, Hungary was lost because the Fuggers needed these mines quite badly. Their gold, silver and copper mines provided an innumerable amount of resources to Europe.
It is worth mentioning that one can still discover gorgeous Gothic buildings in these beautiful towns because the Turks could never destroy them. The rate of damage can be imagined in the war-zones: almost the entire Renaissance and Gothic Hungarian heritage went up in flames in the areas that the Ottoman Empire have conquered.

The meat of the country: the Hungarian Grey Cattle business

The huge grey cattle business in the 16th-17th century had its roots reaching back to the time of King Matthias. Matthias was trading with Venice and Vienna, selling them cattle and keeping the profit for himself. Soon, the main income of the Austrian Estates around Vienna has become the profit from the cattle trade from Hungary. Fifty-four years later of the death of King Matthias, the town of Vienna and many settlements from its proximity wrote a letter to King Ferdinand I on 8 December 1543 whereas they were pleading for maintaining the right to trade with the Hungarian cattle, saying they all would go bankrupt if they stopped this business so much that they would not be able to pay in their taxes to the king without the Hungarian cattle trade.

Historian Takáts Sándor says that the cattle trade began to flourish in the second part of the 15th century and “it has brought along a brand new social class, the “hajdú” people: they were herding and guarding the animals. They were of mixed ethnicity and were considered very dangerous folks, inLatin they were called “bubulcus” and “abactores”, in Hungarian they were called “hajtók” / literally = herders / and in German “heitok” or “ochsenknecht””.

However, the cattle trade has become the first source of income only after the fall of Buda in 1541 when the agricultural production was made almost impossible because of the Turk expansion.
Here is more about the grey cattle on my page:

The laws and the taxes of King Matthias

The king did nothing „special” just took back everything that had belonged to the king. Of course, he had to stabilize his rule in order to achieve this. Matthias has concentrated and multiplied the income of the country. To begin with, he inherited an empty Treasury when he was crowned. Also, the income from the taxes collected from the peasants and the burghers the taxes from import trade, the profit of salt and precious ores mining, not to forget the profit of issuing new coins could not reach Buda Castle sometimes at all. (We must recall the institution of „re-issuing” coins: it was traditionally a great income of the king to collect the silver of the subjects annually and re-mint it for a fee; sometimes the new coins had less silver than the previous ones, of course. It was called inflation.)

Matthias took this process into his hand again and he also banned the oligarchs` habit of minting coins. Banned the import of salt; tripled the income of the royal salt mines. Took back the right of running tolling places from the landlords; nobody had the right to collect taxes, fees, and tolls except him. Appointed his trustworthy men to run the financial offices. Introduced the „extraordinary” taxes in cases of war; these taxes later became quite „ordinary”. One had to pay a gold Forint after a „full-size” land/estate, let them be nobles or not. This tax brought the biggest income: it was first accepted by the Diet in 1463 but after 1468 Matthias had it voted almost every year. It must be remarked, that whoever paid it was exempt from the 20-Denar-tax called „profit of the Chamber”.

There was a so-called „royal advisory board” of the barons which was supposed to approve or disapprove the budget coming from the mines and taxes. Matthias sidestepped them by organizing a separate office in 1458 which was dealing with financial issues without the barons.

A great silver-inflation reached Hungary from Austria at the end of the 1450s and Matthias had to create a good Hungarian gold and silver currency so as to defeat it.
By the 1460s, he has conquered the „lack of money” problem, he had an estimated 300,000 gold Forints annual income? Let us not forget, a mercenary cost him 3 Forints a month in the Black Army and if he needed a larger army where peasants were hired, he had to pay them as well.

Matthias called the talented financial expert of Emperor Frederick III to Buda, Boldizsár Eckenberger who helped him to reform the tax system and to establish the firm Hungarian currency, his silver Denars in 1467. This money was able to keep its silver-value (100 silver Denars = one gold Forint) until 1521.

Part of the „tax reform” was that old privileges and names of taxes were taken away and new taxes were introduced under different names. (Like now…) For example, there was a tax called „profit of the Chamber” which obliged the peasants who owned a „full” land to pay 20 Denars per estates (which brought in just a little income because of various privileges the tax-payers enjoyed); – this tax was finished and a new tax was introduced instead of it, the „tax of the Royal Treasury” which was also 20 Denars but this time there were no privileged tax-payers and moreover, not only those peasants had to pay it who had a „full”-size estate but also those who had just a half- or a quarter- or smaller size or worked on the lands of the Church.

There was another tax, the „30th tax” which was a kind of VAT, this was renamed as „Crown-tax”.
Allegedly, the „smoke-tax” was introduced in his time, too, meaning that the owners had to pay a fee after their houses which had a chimney; but the Hungarians, being resourceful, evaded it by building several houses together with only a single huge chimney inside.

The king concentrated the control over the economy in an institute called the Treasury Office which handled all aspects of finances and trade. The Treasurer was János Ernuszt between 1467-1476, a talented Jewish man from Vienna who was running the business for Matthias so well that he received the rank of Bán (Duke) of Slavonia (1474-1476). I had written before how Matthias was handling the Jewish community of Hungary; told that he had established an office for the Jews and he gave them equal privileges to his non-Jewish subjects: they were allowed to bear arms, they were knighted and had high offices, unlike in Europe.

Yet, Matthias didn`t allow them to collect taxes as this business was entirely in his hands.

The „tax-reform” were heavy on the poorer people and the king`s power was put to the test in 1467 when there was a great uprising in Transylvania, led by the Counts of Szentgyörgyi; the Polish king and the Voivode of Moldavia were supporting it against Matthias. The king`s army was quicker, though, and he mercilessly put the rebellion down, executing many and making Lord Szentgyörgyi János bend a knee. Then, he wanted to punish the Voivode of Moldavia but it was perhaps the only occasion that his army was not successful, he was defeated. Later, the Voivode swore alliance to him and sent his flags to Buda, becoming his faithful companion in his wars against the Turks.

The next Treasurer (1476-1480) was György Handó, a son of a burgher from a small agricultural town. Quite similar to the Ottoman system, Matthias chose his generals, officers, and businessmen as well as his church leaders according to their talent and not only because of their rank or family. The following Treasurer (1480-1491) was a son of peasants, Orbán Nagylucsei. The greatest tax-payers were the peasants and the small-noblemen and Matthias tried to protect them from the landlords in exchange for it. Perhaps, this is one of the reasons why he is our only king who has been preserved so deeply in the collective memory of the people: we have no more kings with more tales and legends attached to his name, nor a better-loved one.

Yet, considering the king`s income from „ordinary” sources, he made 60,000 gold Forints a year which was quite low if we take a look at a Venetian ship`s insurance sum which was 100,000 gold Forints in this time.
Yet, the country was flourishing, castles and palaces were being built and it was considered a „golden age” of Hungary. What would have been Hungary like without the Ottoman Empire`s and the Holy Roman Empire`s attacks, I wonder; but take a look at the cities of the Mining District and make your guess…

(If you wish to support my work, please click on the ads and my page will get 1% after each purchase you made, even if you buy totally different products. Thank you.) 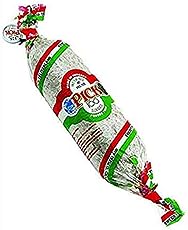 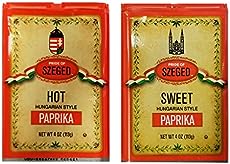 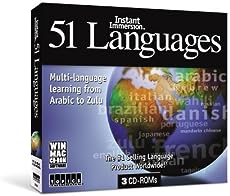 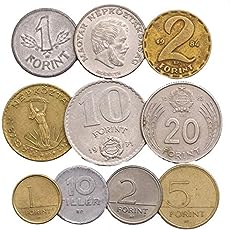